This July we realized that we were lucky enough to go through the first wave of the pandemic in good shape and we are ready to expand our team. More than four months later we increased the size of the team from two full-time members and one freelancer to five full-time members, lost three people in the process and learned a lot about hiring and onboarding. In this blog post, I’ll share our findings about onboarding and tell you the whole story of our journey.

In my opinion, good onboarding does two very important things:

It significantly reduces the initial knowledge gap every new employee has regarding the product and team routines, allowing them to feel comfortable and start bringing value as soon as possible.

In a startup, when you have very limited financial resources and a small team, each new team member matters more, so the onboarding process is crucial for the success of the business.

However, having this theoretical knowledge didn’t protect us from making newbie mistakes.

After two weeks of interviews we hired two new members and realized that we haven’t done proper onboarding for a very long time. With nothing to start with, we decided to improvize. My partner and I discussed how we should proceed, wrote down some ideas on Slack, rolled up our sleeves and started to work.

We had a mess in several places, including Notion, Google Docs and Trello. We needed to clean it up before taking further steps. Otherwise, our new employees would waste too much time trying to figure out what documents to read and where to look for necessary information. It took longer than we expected and we didn’t have much time left to write down what we had prepared for the first week. So we just kept it all in Slack and in our heads.

To our surprise, we ended up with quite a good onboarding week, which consisted of several training sessions, a couple of review meetings and presentations from both new members regarding their plans for the next month. So far so good, but the salesperson decided to leave the next week, so we had to start the search over again.

After about three weeks we hired another salesperson. And again, we didn’t write down our plans for the onboarding week. My thinking was something along these lines of, “We did well with a lot of improvisation the first time. We definitely can replicate this again”. This approach, coupled with our lack of knowledge about hiring and onboarding, and the fact that previously we were able to hire a very good marketing specialist called Daria without having set up a hiring and onboarding process, eventually led to failure.

We didn’t have clear expectations for the newcomer for their first week and also for the first month. As a result, only after five weeks we realized that the person did almost nothing and wasted an enormous amount of everyone’s time, especially of Daria’s time.

October, The third and fourth attempts

This time we hired not one, but two salespeople, the first one beginning work one week before the other. We learned from our previous mistakes and we were very clear about our expectations for the first week. However, we still had no documented process and were in preparation for a very important demo with a very strict deadline. My partner and I being fully booked, we gladly delegated some parts of the onboarding to Daria when she suggested that. Unfortunately, many processes were not clear yet, and Daria’s understanding of them was different from ours. It resulted in more confusion after the first week.

On top of that, I didn’t spend enough time with the new hires. There was definitely a lack of cultural fit with one hire but I didn’t trust my gut feeling and decided to move the person to the next phase. We fired her a week later anyway, but she wasted a lot of our time and energy.

Without a doubt, the previous (badly executed) onboarding process wasn’t the only cause for our failures with the new hires, yet it played an important role. Besides, we wasted a lot of time which we could have invested into the product and into our clients.

Having this in mind, we decided that it was time to create a better process. Surprisingly, it took us about two hours to write everything down and create the much needed documents. Ah, if only we knew that it would be this easy a couple of months ago!

The core of our new onboarding process is a detailed step-by-step guide in Notion, describing what we should do, ask of and share with a new employee. It removes the need for improvisation and solidifies best practices. We intentionally put as many details in it as possible, so next time we don’t need to remember our previous mistakes, no matter how funny or stupid they may seem. We forgot to ask the last name of the new hire once? Let’s add this to the list. We didn’t make a review at the end of the first day? Must be in the guide.

To simplify our lives and the lives of newcomers even further, we created card templates in Trello, two for us and one for the new hires.

I've talked at large about what has happened to us in the last several months, so one last thing: I'd like to share with you our onboarding guide that we have developed through trial and error. I hope it's useful, since its easier to learn from the mistakes of others. 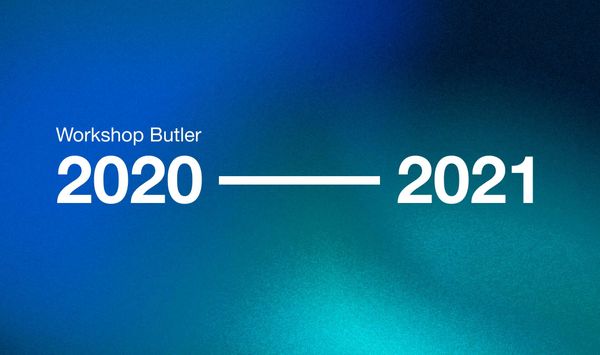 There're only a few days of 2020 left. Now it is the right time to look back and analyze and to look forward and plan.